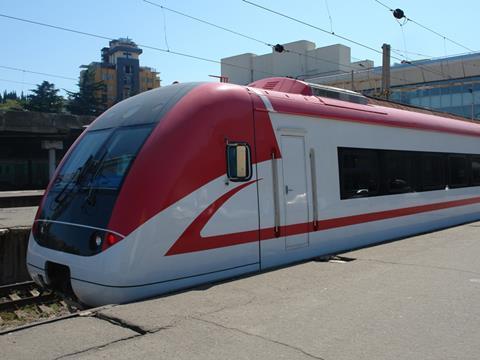 GEORGIA: Georgian Railway has set out its plans for future development, saying it aims 'to become one of the companies promoting growth of the national economy.'

The national railway said a close relationship with freight shippers is a priority. Freight income in the Q1 2013-14 was up 13% on the same period last year, and GR expects liquid freight to increase by 870000 tonnes and dry freight by 200000 tonnes this year. More efficient use is being made of crews, and average train loads, speeds and energy efficiency are increasing.

Negotiations with Azerbaijan aim to establish through tariffs for cotton, wheat, coal and NATO traffic from Afghanistan, which GR expects would help to grow traffic.

GR aims to adopt ISO 9001 standards and introduce harmonisation with EU directives. A freight terminal and customs facilities are to be built at Batumi for transhipping goods arriving from Turkey by road, and there will be closer integration with Black Sea ferries.