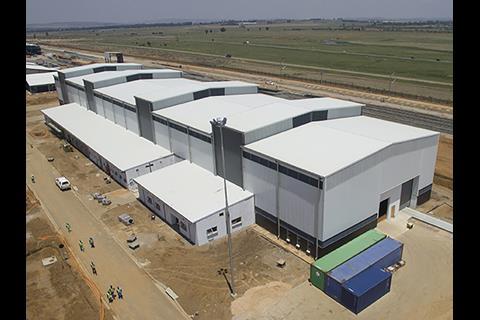 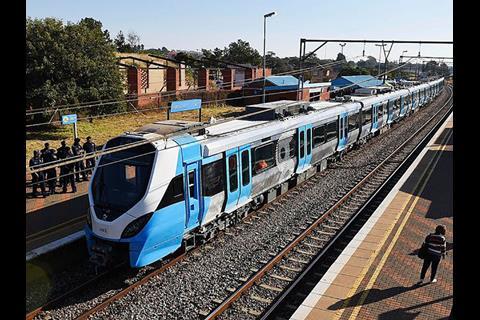 SOUTH AFRICA: In the first week of January the Gibela joint venture of Alstom and local partners Ubumbano Rail and New Africa Rail moved into its new factory and training centre in Dunnottar, 50 km east of Johannesburg. This is being built as part of a €4bn contract to supply and maintain 600 six-car X-Trapolis Mega electric multiple-units for Passenger Rail Agency of South Africa.

Construction of the plant is scheduled for completion in March. Gibela currently has more than 400 full time employees based at the site, including most of the 65 apprentices selected during 2017.

The first 20 of the EMUs for PRASA were manufactured at Alstom’s factory at Lapa in Brazil. Of these, 18 are now in service, while one is being used for testing and one for training. The remaining 580 EMUs are due to be produced at Dunnottar over 10 years. The first bodyshell is scheduled for completion by the end of Q1 2018, and the first EMU is expected to roll out by the end of the year.

Once the Dunnottar plant hits peak production, more than 1 000 employees are expected to be completing an average of five EMUs per month. Gibela is working with 54 South African suppliers to meet a requirement for local content to account for least 65% of the contract value.

'Alstom is very proud of the progress made by Gibela in less than two years to finalise the construction of the plant in Dunnottar', said Didier Pfleger, Alstom’s Senior Vice-President for Middle-East & Africa, on January 9. 'All teams are now on board and ready to start the manufacturing in a brand new factory with new staff and a new supplier base.'