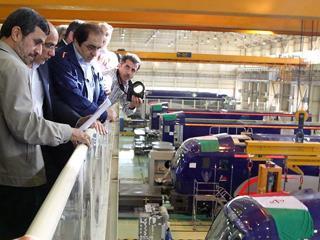 At InnoTrans, Dr Reza Javaheri of MAPNA's Railway Transportation Division told Railway Gazette International that production could begin once the company completes 150 locomotives to a Siemens design which are being assembled under licence.

As well as encouraging self-sufficiency in the domestic rail industry, MAPNA hopes to win export orders for its future locomotives; Africa is seen as a potential market.