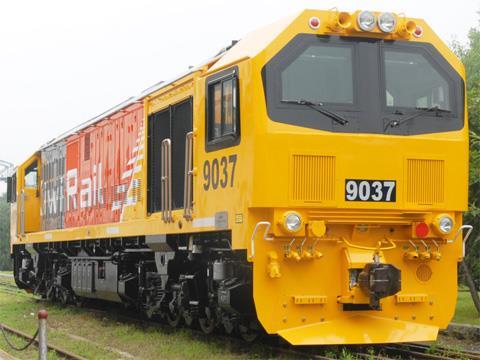 An update of a design that has been in operation at Palmerston North for the past decade, the four 30 tonne jacks are being used once a week on average, according to fleet engineer Sam Reindler. 'The intention from the beginning was to acquire lifting jacks to aid maintenance on these locos and they arrived and were commissioned just in time. Easy to use, they help minimise time in the depot. Prior to this on a couple of occasions road cranes had to be hired in or the loco sent to Westfield.'