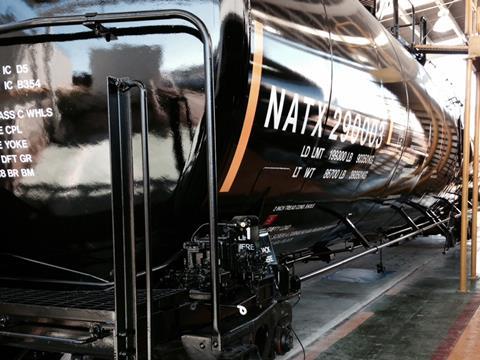 USA: GE Capital announced the signing of three agreements to sell its wagon leasing and repair activities on September 30. The sales ‘to buyers that are long-term players in the industry committed to expanding the businesses’ form part of GE’s strategy to sell most GE Capital assets and focus on high-value industrial businesses.

Berkshire Hathaway’s Marmon Holdings has bought ‘substantially all’ of GE Railcar Services’ tank wagons with immediate effect, and expects to complete the acquisition of GE Railcar Repair Services in the fourth quarter of 2015.

The remaining GE Railcar Services business which includes more than 77 000 wagons and 1 000 locomotives is to be sold to Wells Fargo & Co’s First Union Rail subsidiary. This transaction is subject to regulatory approval and is expected to close by the end of the first quarter of 2016.

Well Fargo said the deal would ‘add significantly to the quality and diversification of our existing fleet,’ making First Union Rail ‘the second largest and most diverse railcar and locomotive leasing company in North America’.

The terms of the three deals were not disclosed. GE said the rail transactions represent about $4·0bn of ending net investment, and would contribute $1·3bn of capital to the overall target of $35bn of dividends.