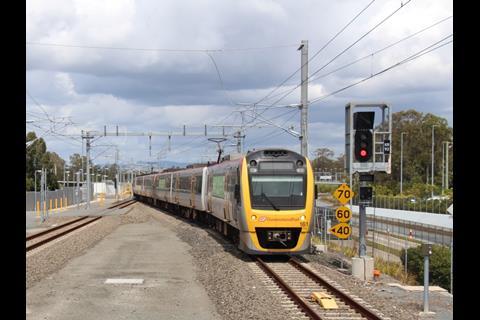 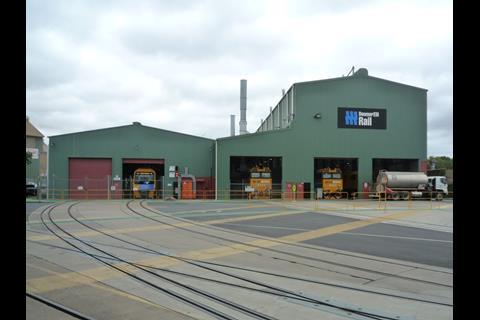 AUSTRALIA: Visiting the Downer Rail rolling stock plant at Maryborough on June 26, Queensland’s Minister for Transport & Main Roads Mark Bailey announced that the state government is providing a A$10m grant for infrastructure improvements to support work on a range of refurbishment projects for Queensland Rail. The grant is intended to safeguard the long-term future of the Downer plant, which lost out to overseas competitors for recent new-build contracts.

The work will enable the plant to handle six-car trainsets, rather than the three-car units traditionally used by QR and Transperth. It includes upgrades to the overhead power lines to support the static testing of six-car electric multiple-units, and a new vehicle weighing track, along with improved facilities for water ingress testing. The plant’s headshunt will be lengthened and a new runround loop provided to simplify the shunting of longer trains.

The Maryborough plant is expected to be used for rectification work on the six-car New Generation Rollingstock trains being supplied by a Bombardier-led consortium, which require modification to comply with disability standards. Bailey said the government was working with disability advocacy groups to finalise the necessary design changes.

In recent months Queensland Rail has awarded a series of rolling stock contracts to Downer totalling around A$70m. These include the mechanical overhaul of the L-series loco-hauled coaches used on trains to Mount Isa, Longreach and Charleville, valued at A$23·5m, and the refurbishment of 15 diesel locomotives for A$21m.

In March, Downer was awarded a A$14·6m contract to overhaul 18 sets of bogies for Brisbane’s Maryborough-built IMU 160/260 Citytrain fleet, as a follow-on to a A$7·8m contract awarded last year for overhauling bogies for the IMU 120/SMU200 series. Other work for the Brisbane suburban EMUs includes the overhaul of air-conditioning units and transformers.