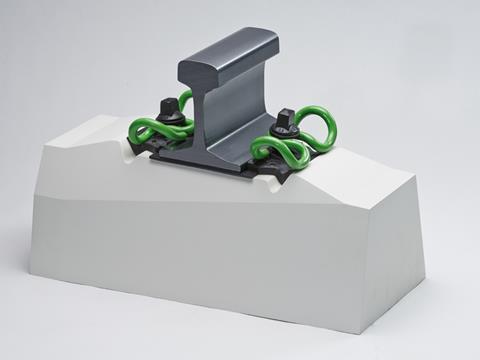 The partners have invested €7·7m in what Vossloh says is the most modern rail fastening factory in Russia, which covers 4 000 m2 and has created 26 jobs. The use of local suppliers will ensure that rail fastenings for Russian Railways’ upgrading programmes can be manufactured domestically.

‘In establishing our joint venture with BetEITrans in 2014, we have already created the ideal foundation for improving access to the challenging Russian market’, said Vossloh AG Chief Executive Andreas Busemann at the opening ceremony on October 26. He added that the start of production in Engels was a major step for Vossloh’s continued growth in an important market.