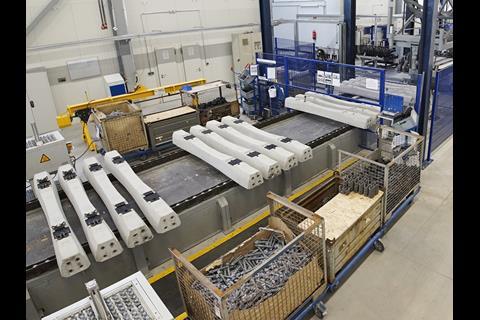 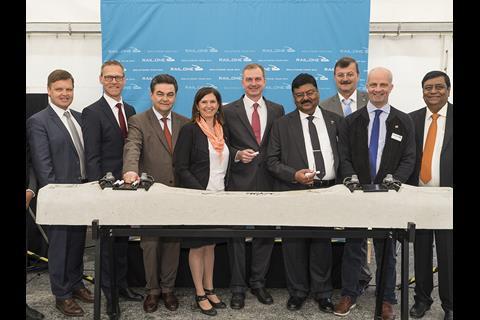 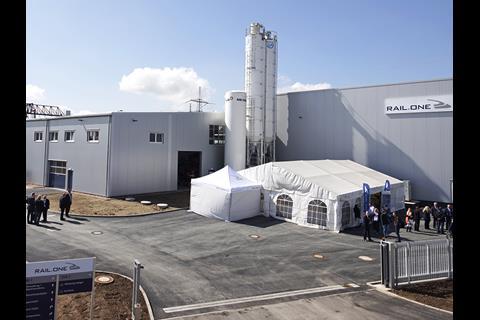 GERMANY: Rail.One officially began series production of concrete sleepers at a new plant in Aschaffenburg with an inauguration ceremony on April 11.

The site will produce the B70 sleeper design which is widely-used in Germany, as well as other types of sleeper for German and European main line and urban rail applications.

The 35 000 m2 plant was built in 10 months, employs around 50 people and has a production capacity of 600 000 sleepers/year using highly-automated technology and a carousel late demoulding system. There are two train loading sidings, and space to store 120 000 sleepers.

Now part of the PCM Group, Rail.One already operates sleeper plants at Coswig, Kirchmöser and Neumarkt in Germany, with their own production processes and product portfolios.