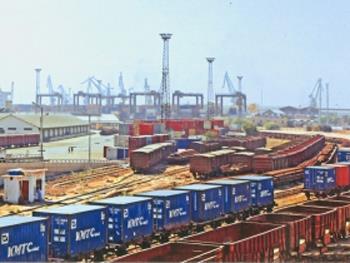 Pakistan’s Ministry of Finance has invited private sector proposals for a 25-year concession to manage the Risalpur locomotive factory. The government is hoping private finance can be used to fund modernisation, with the ambition of producing 25 locomotives/year for Pakistan Railways. Export opportunities would also be sought.

Sener has acquired a 48% stake in Brazilian civil engineering company Setepla, and has an option to require the remaining shares in 2015. Setepla is involved in projects including São Paulo metro Line 4 and the Line 15 monorail.

Trapeze Group has taken over the passenger transport software activities of Telent AG for an undisclosed price.

Alstom’s Transport Life Services business has opened a brake and damper equipment overhaul and repair facility in Madrid. It will initially overhaul hydraulic brakes for Citadis trams, before expanding to cover grease analysis, and traction motor and bogie overhauls.