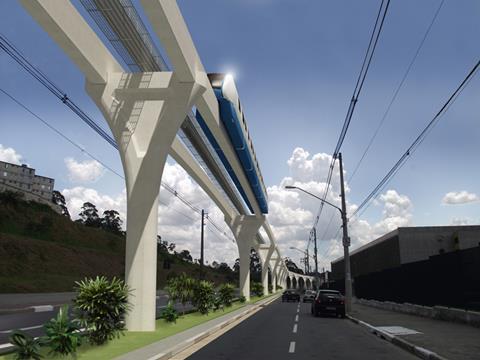 Madrid-based engineering consultancy Sener has acquired a 48% stake in Brazilian civil engineering group Setepla, with an option to buy the remainder at a later date. Setepla has undertaken construction work on São Paulo metro Line 4 and is currently working on Line 15, the Expresso Tiradentes monorail.

ICT Group and the All-Russian Railway Research Institute have agreed to co-operate in the development of higher-payload wagons. Around 10 new wagon designs are to be developed by 2015, including vehciles with 27 tonne and 32 tonne axleloads.

Polish rolling stock supplier Falbok was liquidated at a bankruptcy hearing in Kraków at the end of May. A producer of steam and diesel shunting locomotives for almost 100 years, in recent times the company had been refurbishing M62 diesel loco-motives, but a lack of orders stemming from competitive pressures forced it to cease trading.