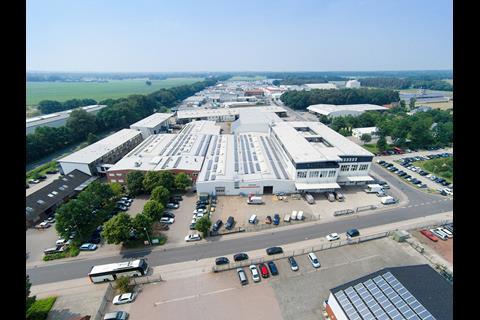 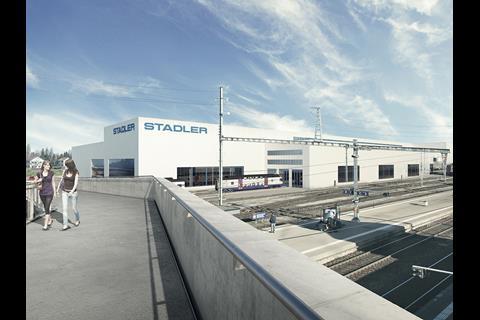 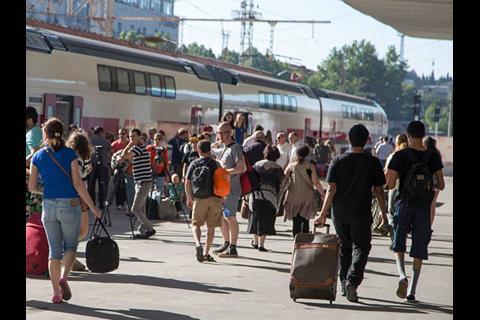 In order to focus on the road sector, Sensys Gatso Group has signed an agreement for Ricardo Rail to sell its Automatic Pantograph Monitoring System and later manufacture it under licence. ‘This strategic co-operation with Ricardo Rail allows us to focus on our core business, while still being able to benefit from our development efforts into the APMS/PanMon product’, said Sensys Gatso Group President & CEO Torbjörn Sandberg on June 30. ‘We are confident that Ricardo Rail with its strong track record in the rail business will be able to make the APMS/PanMon product a commercial success.’

On July 4 Stadler Rail announced that it had signed an agreement with landlord Swisscanto (CH) Real Estate Fund for the continued use of the Altenrhein site until the end of 2020, when Stadler hopes to begin production of double-deck EMUs at a new factory it plans to build in nearby St Margrethen.

International analytical services group Eurofins Product Testing Lux Holding SARL has acquired the entire share capital of York EMC Services from the University of York. YES has laboratories in Grangemouth in Scotland, Castleford near Leeds and Yate near Bristol as well as an office on the University of York campus.

On June 30 Stadler Rail owner & CEO Peter Spuhler and Minister of Economy & Sustainable Development Giorgi Gakharia signed a MoU for the possible development of a rolling stock manufacturing and maintenance plant in Georgia. ‘We have signed a memorandum which emphasises what steps should be taken to deliver modern, high-standard railway vehicles including metro trainsets, sleeping cars and double-deck coaches’, Spuhler said.

On July 1 train sanitation and other engineering product manufacturer Hugo Vogelsang Maschinenbau GmbH became a holding company for the group, with its operating business activities transferred to newly-created company Vogelsang GmbH & Co KG. ‘We decided on this spin-off in order to prepare our company both organisationally and structurally for further international expansion’, said CEO Harald Vogelsang.