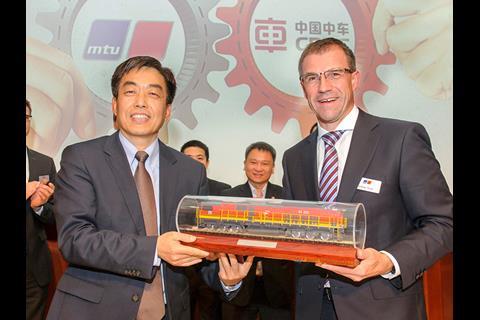 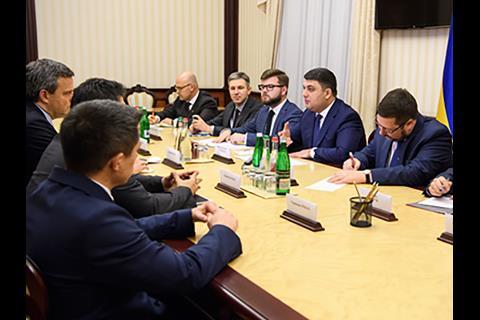 The Ukrainian government announced on December 4 that it expects to formalise by the end of the year a strategic partnership with GE Transportation for the implementation of a US$1bn seven-year Ukrainian Railways rolling stock renewal programme. The first stage would include the supply of 30 locomotives with domestically-produced components in September 2018.

Rolls-Royce Power Systems and China Railway Rolling Stock Corp have signed a strategic partnership agreement. This includes a commitment by CRRC to continue to consider MTU engines for its locomotives and diesel multiple-units, and an agreement to collaborate on technology including hybrid drives and gas engines.

Bombardier Transportation has become a member of the Railenium technical research institute created by the French government to bring together the suppliers and academics. ‘With Bombardier joining Railenium, the TRI's associates encompass all major railway industry leaders, consolidating Railenium's position as the Technical Research Institute of the railway industry’, said Railenium's CEO Eric Tregoat.

The Australian subsidiary of locomotive component supplier PowerRail has moved to a new location in Goulburn, New South Wales, which has more space and will enable it to offer faster shipping times to customers.

Solaris Bus & Coach and electric power generator PPC SA have signed a three-year memorandum of understanding for co-operation in the electric urban transport sector in Greece and other areas to be mutually agreed.

Siemens has announced an agreement to acquire Milanović Inženjering, which supplies aluminium components for rolling stock from a plant at Kragujevac in Serbia. The transaction is expected to be completed in early 2018; the price was not disclosed.