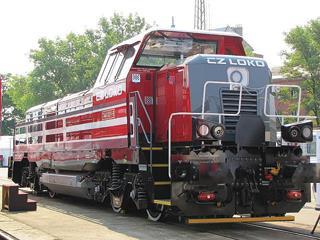 CZ Loko has completed its acquisition of rolling stock maintenance and repair company Letohradské Strojírny, which has 40 staff and two workshops. CZ Loko had held a 77% stake since 2014. The former LS site at Letohrad will now concentrate on maintenance, while Žamberk will remain as the centre of production for cooling equipment, fuel tanks and other components

Transport for London has awarded Engie a contract to install solar panels on its Train Modification Unit at Acton Depot from early 2019, and on up to 23 more properties, subject to funding.

Iran and India signed a memorandum of understanding for co-operation in the rail sector in New Delhi on January 12. Iran’s Ministry of Roads & Urban Development said as part of this India could finance a US$600m three-year programme for Iran to purchase 200 freight locomotives, with Iranian companies undertaking some of the manufacturing.

Wabtec Corp has declared its regular quarterly dividend of US$0·12 per share, payable on February 23 to holders of record on February 9.