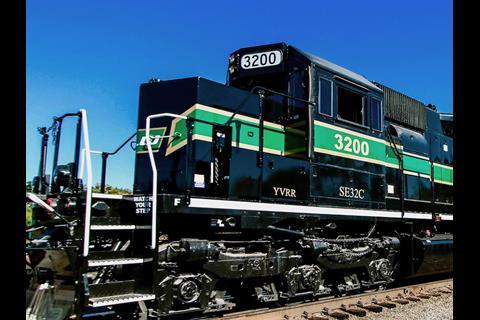 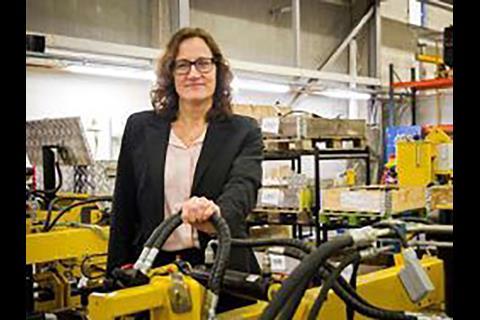 Rolls-Royce’s MTU business has announced an agreement for it to be the exclusive supplier of diesel engines to Knoxville Locomotive Works. MTU Series 4000 and 2000 engines produced in Aiken, South Carolina, will be used on KLW’s SE Series four- and six-axle locomotive designs which were awarded EPA Tier 4 emissions certification last year. The companies are also developing a 4 400 hp Tier 4 locomotive.

On February 28 Malaysian engineering group AWC announced an agreement to acquire a 60% stake in Trackwork & Supplies through a cash and shares deal valued at 43·5m ringgit.

FreightCar America announced on February 26 that it had agreed to acquire Navista's Shoals wagon manufacturing and repair assets in Cherokee, Alabama, making it the sole tenant of the site owned by Retirement Systems of Alabama. 'This acquisition will allow us to now control our own destiny and benefit from the full economics of all future railcars built within the Shoals facility', said President & CEO Jim Meyer. FreightCar will receive a one-time front payment to cover future operating costs, and net proceeds to FreightCar of $3m at closing.

Pandrol opened a Centre of Engineering Excellence at Hudiksvall in Sweden on February 27. 'We have a big engineering department and a workshop where prototypes can be built', said Erika Berg Managing Director of Pandrol AB (formerly Rosenqvist Rail).

Russia’s competition authority has approved a deal for Transmashholding’s Sapfir to acquire the 49·4% of the voting shares in Tver Carriage Works which it does not already own.

Kazakhstan Railways has approved a standard for identifying the manufacturer of rolling stock components which had been agreed at the 61st meeting of the Council for Rail Transport of the Commonwealth Member States in October 2014.