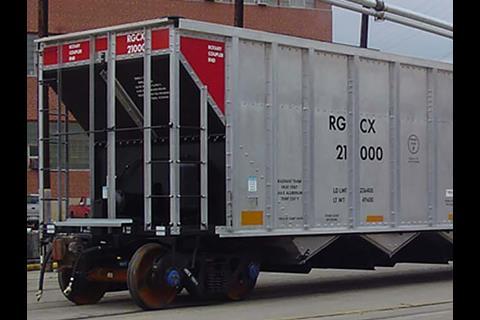 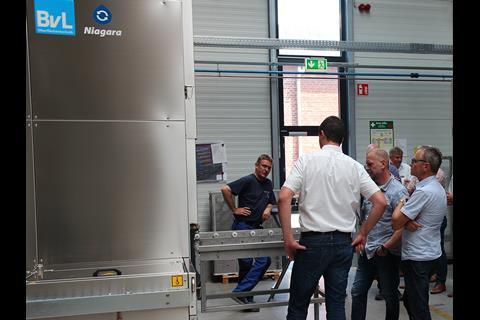 US wagon leasing company RGCX announced on June 21 that it had been acquired by Corrum Capital. RGCX President Nick Tupper said the private investment firm would bring a 'unique blend of financial expertise, market access and management insight through their ownership of other leasing and operating businesses'. DVB Bank SE provided financing for the acquisition, and Moore & Van Allen acted as transaction counsel to Corrum Capital.

EVRAZ NTMK has invested 800m roubles installing a fifth wheel machining line, with four automated machines supplied by Niles-Simmons-Hegenscheidt and a capacity of more than 66 000 wheels per year. 'Our priority is to meet the growing demand for wheels from Russian consumers', said Ilya Shirokobrod, Vice-President, Sales & Logistics, on June 21. 'The new line will be used to process premium products: S-wheels for Russian wagons and for high speed traffic. We will also be able to process export products here.'

UK infrastructure manager Network Rail is changing its contract terms to require suppliers to pay their subcontractors within 28 days of completing work, and to remove the use of retentions which withhold money from subcontractors until project completion. 'We recognise the challenges faced by smaller suppliers and are in a position to influence the way work on our railway is delivered and paid for', said Commercial Director Stephen Blakey, adding that NR’s major suppliers supported the changes. 'It is in our interest to have a sustainable supply chain at all levels'.

Last month BvL organised an event at Emsbüren in Germany to demonstrate its equipment for the ‘efficient and economical’ cleaning of rolling stock components such as bogies, wheelsets, bearings and motors.

More than 200 people from 120 organisations attended Porterbrook's first annual supplier conference which was held in Derby on June 13. The leasing company expects to spend almost £130m in the rolling stock after-market this year, and has contracts in place with over 100 UK-based suppliers.