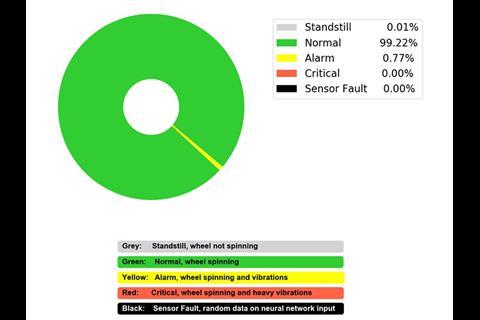 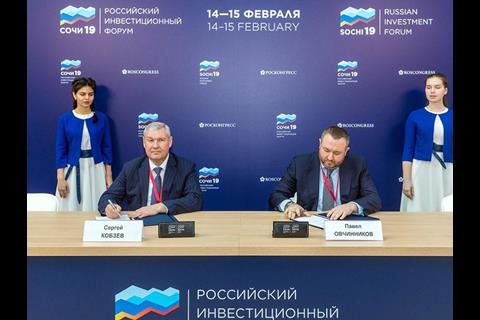 Lenord + Bauer and STMicroelectronics are working to develop a demonstrator neuronal network for assessing bearing vibration data onboard a vehicle, reducing the amount of data which needs to be transmitted to a central monitoring system.

Powerlines Group has opened a Belgian business with offices in Oostende, and its SPL Powerlines Benelux business is to be renamed SPL Powerlines Nederland to focus on the Dutch market. 'The Belgian market will develop very positively over the next few years, since the government will make large investments, especially in the local mass transit sector', said the Belgian subsidiary's Managing Director Piet Watté. 'To meet the corresponding demand, we will be establishing a Belgian installation team and of course we will also be able to draw on the Group's human resources'.

Wagon manufacturer RM Rail and Russian Railways have signed an agreement to co-operate in the development of 'innovative technologies’ and accelerate their deployment on the rail network.

The World Bank is to use six standard contracts from the International Federation of Consulting Engineers as part of its bidding documents for projects it finances over the next five years. FIDIC said it expects to announce similar agreements with other multilateral development banks. ‘The familiarity that the FIDIC contracts bring make it easier to get projects underway as many of the typical commercial risks are clearly addressed in the contracts and all the parties understand their obligations and responsibilities‘, said FIDIC Chief Executive Dr Nelson Ogunshakin.

Automotive and energy technology company Tesla has agreed to acquire ultracapacitor and battery manufacturer Maxwell Technologies. Subject to the successful tender and exchange of shares, regulatory approvals and customary closing conditions, the deal is expected to conclude in Q2 2019. ‘We believe this transaction is in the best interests of Maxwell stockholders and offers investors the opportunity to participate in Tesla's mission of accelerating the advent of sustainable transport and energy’, said Maxwell President & CEO Franz Fink on February 4.

Stadler is to expand its Pankow factory in Berlin with a new production hall. In the longer term it plans to build a logistics centre, more office space and a new canteen.

On February 12 Wabtec Corp announced that Chief Operating Officer Stephane Rambaud-Measson had resigned to pursue other interests. He was formerly President & CEO of Faiveley Transport and joined Wabtec when it acquired Faiveley in 2016. ‘Stephane has played an important role in the successful integration and growth of our transit business’, said Wabtec Executive Chairman Albert J Neupaver. ‘We thank him for his valuable contributions to Wabtec and wish him well in his future endeavours.’