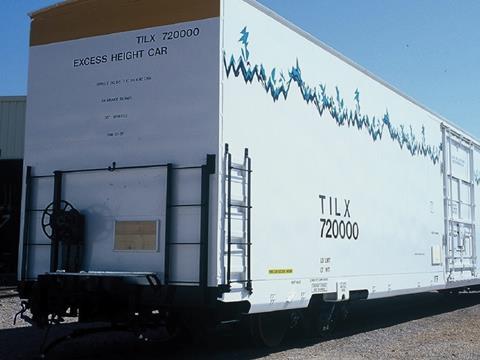 Trinity Industries has reported Q3 revenue of $813·6m, up 34·1% year-on-year. Wagon orders totalled 2 530 and deliveries 5 320, and its lease fleet reached 102 090 units. ‘Demand continued at lower levels during Q3 due to economic uncertainty associated with industrial production and global trade’, said President & CEO Timothy R Wallace on October 23. ‘These factors, combined with pressure on railcar loading volumes, are impacting lease rates and utilisation as well as orders for new railcars. Our management team has responded accordingly and is being highly selective in its originations of new railcar leases. The team has shifted a portion of new railcar production from 2019 into the first half of 2020 to facilitate the transition to lower railcar production next year.’

SNC-Lavalin subsidiary Atkins has appointed Richard Robinson as CEO of its UK & Europe region with effect from November 4. He was previously Chief Operating Officer at HS2 Ltd, which he joined from AECOM in July 2018