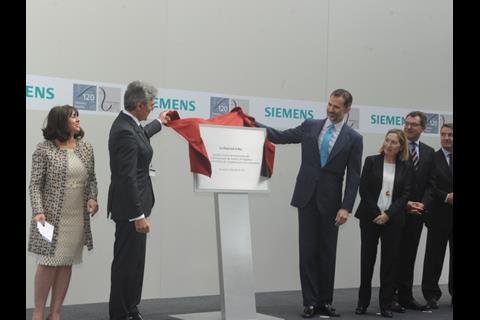 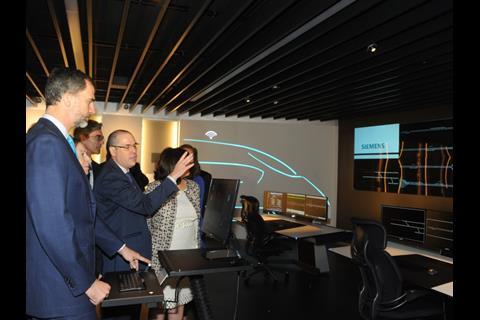 SPAIN: On April 27 King Felipe VI officially opened a signalling research and development centre at the headquarters of Siemens España, located in Tres Cantos to the north of Madrid. Employing 350 staff, the new global centre of competence for signalling and train control will channel an annual investment budget of €20m.

Work will include the development of Siemens products for main line and metro applications, including ERTMS, PTC and CBTC, as well as Westrace interlockings and the Rail 9000 control centre system. The centre will carry out climatic testing of signalling equipment and is equipped with a ‘show room’ to demonstrate products to customers using video walls and replica workstations.

Siemens AG President & CEO Joe Kaeser said that the research centre was ‘a further example of Siemens’ firm commitment to Spain, where since 1895 the company has contributed to social and economic development through many projects of major importance’.