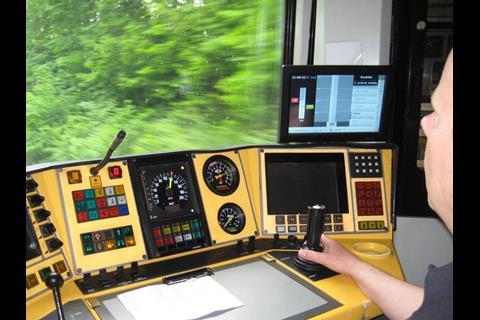 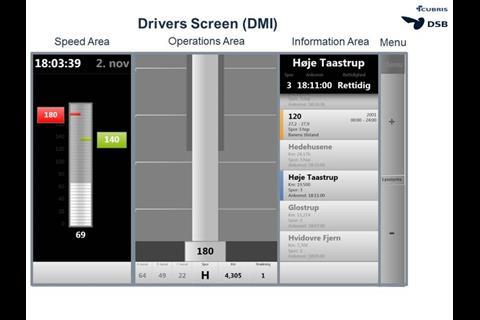 EUROPE: To strengthen its traffic management capability, Thales announced on May 29 that it had completed the acquisition of Danish technology specialist Cubris.

The København-based start-up is a market leader in connected driver advisory systems, having developed the GreenSpeed equipment used by DSB and Banedanmark, as well as regional operator Lokaltog. Green Speed was subsequently adopted by South West Trains in the UK and Transdev in Sweden; it is now being implemented by Transdev in Germany and VR in Finland.

By exchanging information between the traffic management system and the driver in real time, C-DAS helps to optimise operations and reduce energy consumption. Thales believes the technology will form a key building block in the future automation of main line railways.

‘With the acquisition of Cubris we are paving the way for improved rail efficiency and autonomous trains’, said Executive Vice-President for Ground Transportation Systems Millar Crawford. ‘Combined with our established expertise in other key digital assets, Cubris’ talents and technologies represent a tremendous accelerator of our digital strategy for our rail customers.’

Cubris CEO Sune Edinger Gram said becoming part of the Thales group would enable the company to ‘bring the value we can propose to a next level’. As well as ‘strong engineering capabilities’, he anticipated cross-functional synergies with ‘digital cockpit’ supplier AvioVision, acquired by Thales at the end of 2016.

Thales says it has invested almost €7bn in digital technologies since 2014, to position itself for ‘the data-driven, autonomous, immersive world of tomorrow’. Its acquisition of digital security and smart card manufacturer Gemalto is due to close in the second half of this year.