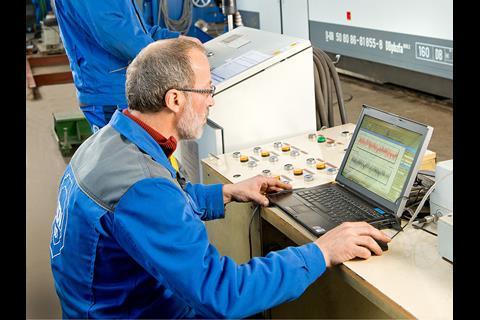 ‘By acquiring MiW Rail Technology and the useful addition of cutting-edge vehicle dynamics competence including computer simulation-based services and tools, we will be able to provide even more effective and efficient support for our customers’, said Lars Brockhoff, CEO of TÜV SÜD Danmark and responsible for TÜV SÜD Sverige’s rail business. Simulation would be ‘interesting for all rolling stock suppliers to the European market’, he added, pointing out that ‘in spite of the relative novelty of the standards and regulations, we already have successful reference projects’.

‘This is an extremely exciting area’, said Mikael Wrang, former CEO of MiW Rail Technology. ‘We are convinced that computer simulation will complement or in some fields even replace physical testing needs in the future.’

The acquisition announced on May 3 supports TÜV SÜD’s plans to increase its activities in the ‘fast-expanding’ Swedish rail market as well as in Norway and Finland. ‘We will be able to exploit our joint competences and our common network of operations to win further orders from these countries’, said Brockhoff.