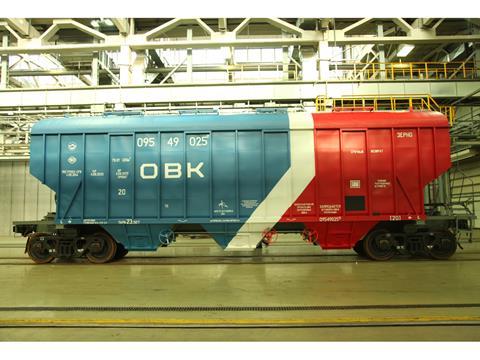 USA: Russian rolling stock manufacturer United Wagon Co announced on September 20 that it was establishing a wholly-owned US subsidiary ‘to facilitate the entry of UWC’s products to the Northern American market’. Based in New Jersey, Uniwagon North America Corp was expected to start operating by the end of September.

Establishment of the US subsidiary follows the signing of contracts by UWC with Wabtec Corp and its subsidiary Cardwell Westinghouse, covering the supply to the USA of side frames and bolsters for the production of Barber S2HD bogies, as well as high-tensile springs.

According to Deputy CEO, Business Development, Maxim Kuzemchenko, UWC is looking to make the most of its ‘global access to components made under a wide range of standards’, as well as the company’s ‘flexible and highly efficient production processes’. ‘Apart from the USA, we are seeking to expand our exports to Africa, the Middle East and Latin America’, he added.