Vossloh is 'back on track' 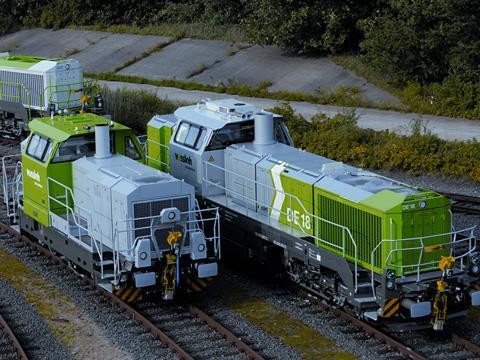 VOSSLOH: The company has announced that it got 'back on track' in 2012, with sales figures up, a record order backlog and a forecast 2013 sales growth of up to 10%.

‘We have consolidated our position in the core market of western Europe and early on taken extensive measures to branch out in the growth markets elsewhere’, said CEO Werner Andree. ‘This year we are targeting a sales growth of 5% to 10%.’

Sales at the Rail Infrastructure division were up 1·7% to €792·4m, accounting for 64% of group sales. The strongest growth was at the Fastening Systems unit with a 10·9% increase in sales largely due to the resumption of shipments in China. Vossloh Rail Services, in contrast, saw a drop in sales from €87·7m to €54·6m, with ‘soft’ demand for welding and logistics work.

Sales at the Transportation division increased 7·4% to €451·1m. Revenue at Kiel failed to match the 2011, but Valencia reported a much better performance compared with the weak prior year.