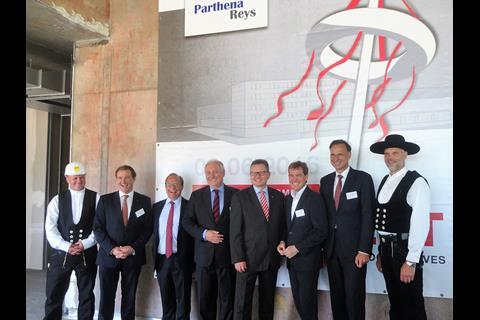 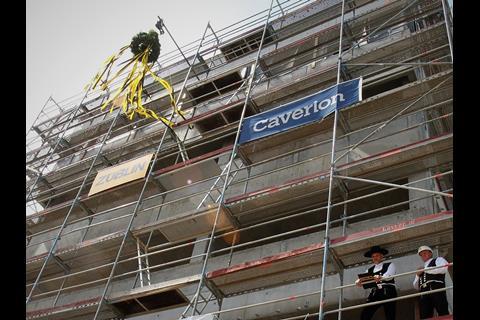 GERMANY: Vossloh Locomotives held a topping-out ceremony for its future factory at the Kiel Business Campus on June 3. The company expects that moving from its Kiel-Friedrichsort plant from the fourth quarter of this year will enable the delivery time for a new locomotive to be reduced from 18 to six months.

Business park owner Stargime is investing €35m and Vossloh €9m in the rail-connected factory, which will have a total production area of 18 000 m2, around 340 staff and a more structured and efficient flow of materials than the current site. Production will be undertaken under one roof, while modern warehouse facilities with integrated enterprise resource planning and stacker control systems will reduce transport distances and costs.

'Suchsdorf is much more than just a new location', said Vossloh Chief Executive Hans M Schabert at the ceremony. 'We are setting new standards in locomotive production there. All the processes will be significantly optimised with a view to manufacturing and shipping at greater speed.'

As part of its group strategy of focusing on infrastructure activities, Vossloh expects that the Kiel-based Locomotives business as well as Vossloh Electrical Systems will be sold or transferred to a partnership by 2017.

Vossloh’s Valencia-based Rail Vehicles locomotive and light rail vehicle supply business was sold to Stadler Rail at the end of 2015.