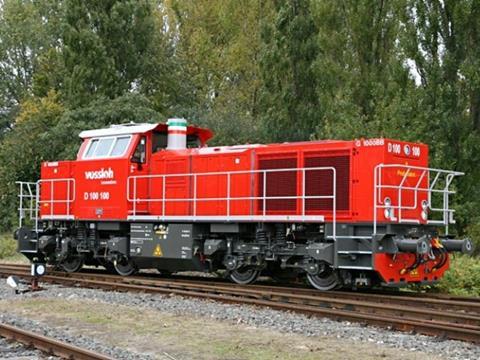 VOSSLOH: Vossloh Locomotives France signed a contract with Socofer France on December 8 to establish a joint venture to be known as IMATEQ.

The locomotive services business will be based in Saint-Pierre-des Corps. According to Vossloh, IMATEQ would ‘pool the existing capacities and expertise of each company and thus expand the range of service and maintenance options for locomotives in France.’

‘Expansion of our services is a key part of the strategy of Vossloh Locomotives’, said Managing Director Thomas Schwichtenberg. ‘We are laying down a strong marker for our existing customers and for new customers in our primary market with the establishment of IMATEQ.’