Wabtec to merge with GE Transportation 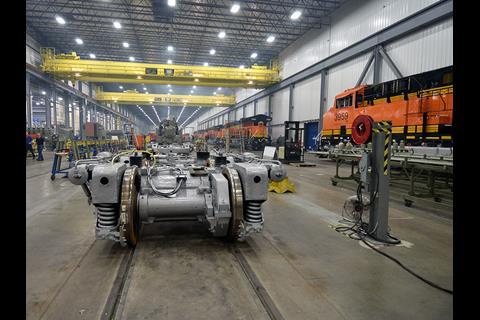 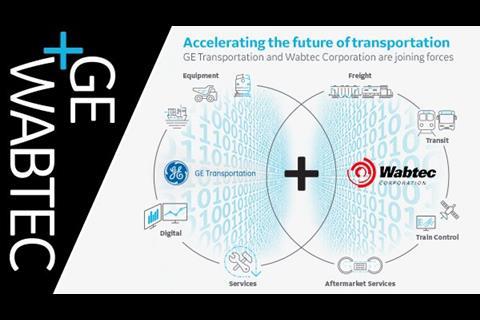 INDUSTRY: Wabtec Corp has entered into a definitive agreement to merge with GE Transportation, the companies announced on May 21. The transaction is expected to close in early 2019, subject to approval by Wabtec shareholders, and regulatory authorities, making Wabtec ‘a global leader in the rail equipment, software and services business, with operations in more than 50 countries’.

General Electric CEO John Flannery had announced last November that the group was looking to dispose of its Transportation business unit during next two years, as part of a wider streamlining of the conglomerate. Wabtec has bought up many specialist companies across the rail sector, and last year completed the acquisition of Faiveley Transport.

Under the agreement, which has been approved by the directors of both companies, GE would receive $2·9bn in cash and a stake in the combined business. GE will sell some assets of GE Transportation to Wabtec and spin-off others to its shareholders, before merging GE Transportation with a wholly owned subsidiary of Wabtec. Upon closing, Wabtec shareholders would own 49·9% of the combined business, the GE shareholders 40·2%, and GE the remaining 9·9%. Based on the Wabtec share price of $83·79 on April 19, ‘the last unaffected trading day’ prior to merger speculation, the transaction is valued at approximately $11·1bn, or $10bn net of tax benefits.

The combined company would have revenues of approximately $8bn in the first year. According to Wabtec, the complementary businesses and large global installed base would ‘create additional opportunities for cross-selling, aftermarket services growth and new solutions in a rapidly-evolving industry’. The company intends to focus on digitisation, bringing together GE Transportation’s digital tools with Wabtec’s electronic systems to develop autonomous systems and other advanced technologies.

Both businesses are expected to benefit from ‘cyclical tailwinds’ as industry conditions improve. GE Transportation has been suffering from difficult market conditions in recent years, with a slump in domestic locomotive orders. However, the companies believe that it is ‘positioned for a substantial rebound', with adjusted EBITDA growing from about $750m in 2018 to between $900m and $1bn in 2019.

GE Transportation has a backlog valued at approximately $18bn, including orders for about 1 800 new and 1 000 modernised locomotives, having received orders worth approximately $3·6bn in the past six months. Wabtec is forecasting ‘robust growth’ this year with a record backlog.

Wabtec’s corporate headquarters will remain in Wilmerding, Pennsylvania, and the Transit Segment in Paris, while the Freight Segment will be led from Chicago.