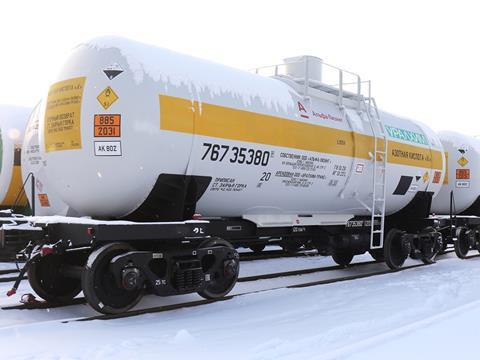 RUSSIA: United Wagon Co and Uralchem-Trans have signed an agreement to develop a service centre at Murashi on RZD’s Gorky Railway which would repair and maintain modern wagons produced at UWC’s Tikhvin plant.

The Murashi depot has been servicing Tikhvin wagons managed by Uralchem Holding’s transport subsidiary since 2016.

Uralchem-Trans director Vsevolod Kovshov said the operator is now only buying high-capacity wagons, and it intends to work with UWC to increase the share of new generation wagons in its fleet from 14% to 25% by 2021.