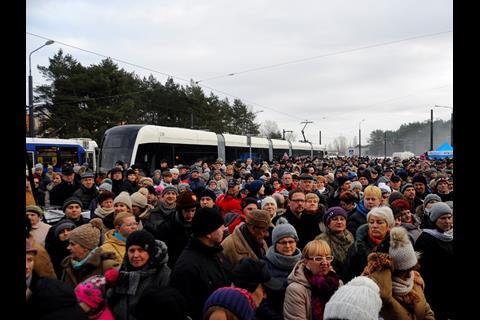 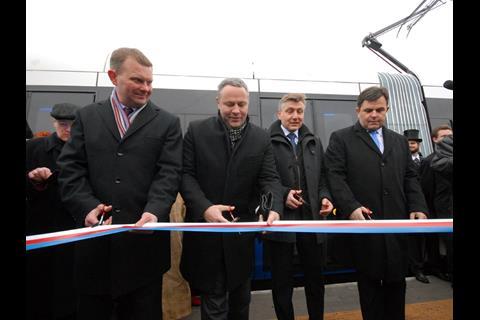 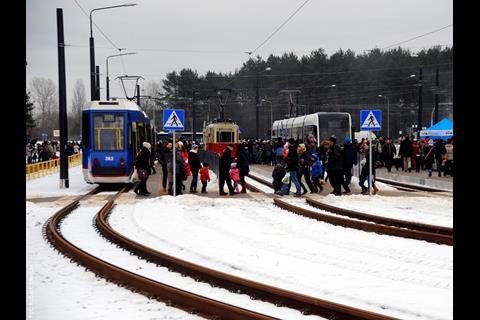 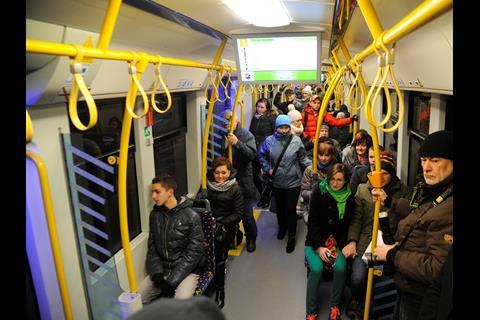 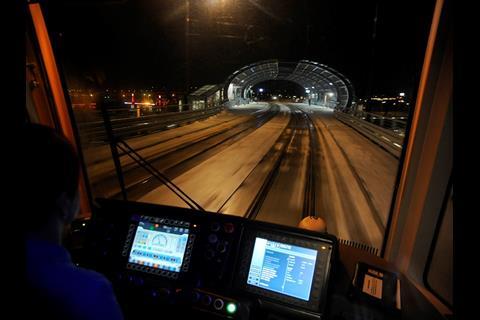 POLAND: A 9·5 km extension of the metre gauge tram network in Bydgoszcz opened on January 16, linking Wyścigowa with Łoskoń in the Fordon district in the east of the city. Routes 3, 5, 7 and 10 serve the new line.

The first tram departed the new eastern terminus at 04.38, with free coffee served to passengers. Official celebrations followed at noon and included free soup and cake, as well as live music. Travel on the new section was free for the whole weekend. The celebration was attended by Mayor Rafał Bruski, who said that plans for a line to Fordon were already being discussed in 1900.

Construction of the double-track line took two years and employed 500 workers. Civil works were carried out by a consortium led by Gotowski Budownictwo Komunikacyjne i Przemysłowe, which signed a 290m złoty contract in October 2013. The new line includes a 530 m long bridge over Bydgoszcz Wschód railway station, which provides interchange between trains and trams.

Investment for both infrastructure and rolling stock was provided by the Tramwaj Fordon special purpose vehicle and included 209m złoty from EU funds.