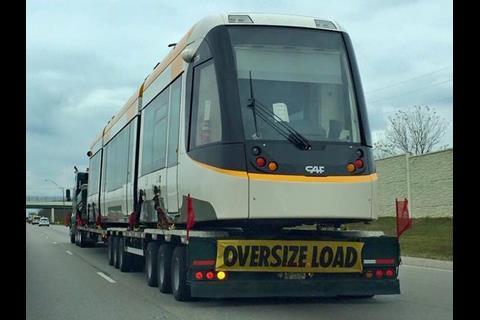 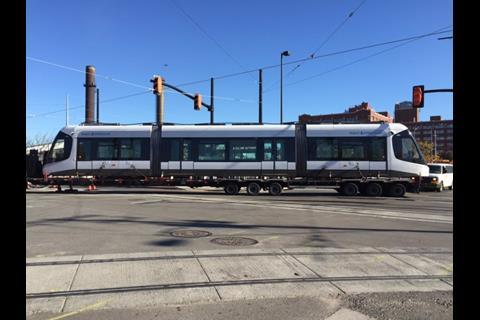 USA: The first vehicles for the Cincinnati and Kansas City streetcar lines have reached their respective cities from CAF USA’s Elmira factory in New York state.

The first of five Urbos 3 trams for Cincinnati arrived on October 30, with the first of four Urbos 3 cars for Kansas City arriving in that city on November 2.

Both trams are 100% low-floor three-section vehicles. In October 2013 Kansas City announced that it would place an order on the back of Cincinnati’s $22m contract awarded earlier that year.

Cincinnati’s 5·8 km line with 18 stops is due to open in September 2016 and will be operated by Transdev Services Inc. Herzog Transit Services is to operate the 3·1 route-km Kansas City Streetcar route with 10 stops, which is also due to open next year.