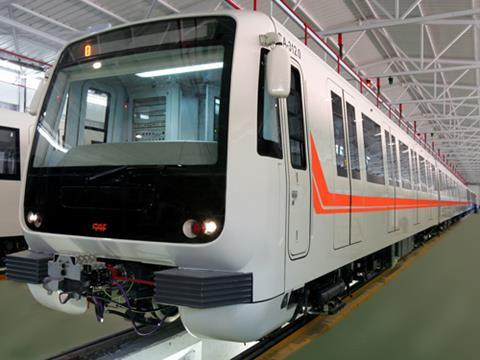 ITALY: CAF has signed a firm contract to supply an additional 15 trainsets for the Roma metro. The €113m deal announced on October 26 includes maintenance for five years.

The trains are to be deployed on Line B, the B1 branch which was opened in June and a 1·1 km extension to Ionio which is expected to enter service next year. The six-car sets will have four motored cars and two driving trailers, with aluminium bodyshells and wide gangways.

CAF said the latest order confirms its determination to play a greater role in the Italian market. The Spanish firm has already supplied 53 trainsets to Roma since the signing of an initial contract in 2002, and these are now in service on lines A, B and the Roma - Lido line.

It is also supplying eight Civity EMUs for regional services around Trieste, with the first now on test, as well as DMUs for Sardinia and 250 bogies for the Milano metro.