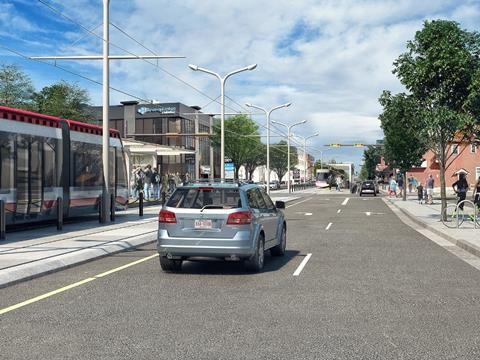 CANADA: The City of Calgary announced on April 18 that it had selected a preferred alignment for the central section of the Green Line light rail project. Technical design, economic analysis and further public consultation is due to take place before a formal recommendation is made to the city council by the end of the year.

The preferred alignment includes a tunnel from 20 Avenue/Centre Street N to the Beltline, with an underground crossing of the Bow River. There would be stops at 16 Avenue N, 9 Avenue N and 2 Avenue SW, as well as an interchange with the existing Red and Blue lines at 7 Avenue SW.

The city examined five possible routes with various combinations of elevated, at-grade and underground alignments. The Beltline area alignment, immediately to the south of the city centre section, is currently being evaluated, with three options under consideration.

Construction of the Green Line could begin in mid-2017, with phased opening to start at the end of 2024. The 40 km north-south line would link Northern Hills in the north to Seton in the south, and is forecast to carry 41 million passengers a year when complete.