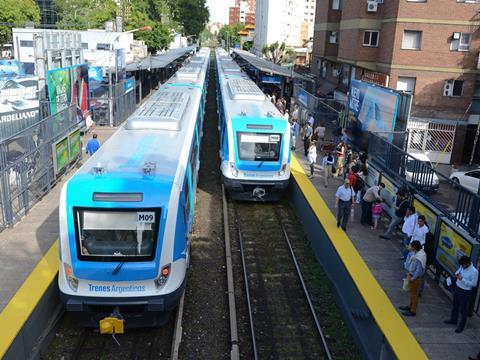 Since last year the Mitre and San Martín networks have been operated by Corredores Ferroviarios SA, part of the Metrovías group. Argentren SA, part of Ferrovías, has been responsible for Roca and Belgrano Sur services.

Announcing on March 1 that her government would present a bill to Congress to restore state control over the national rail network, President Cristina Fernández stressed that she was not being moved by an urge to nationalise. ‘It is simply to improve efficiency’ she said, noting that costs on the state-run Sarmiento network had increased by 17% year-on-year in 2014, compared to 77% for the San Martín, 27% for the Roca, 56% for the Belgrano Sur and 51% for the Mitre.

Nationalisation of services still operated by the private sector would save an additional 415m pesos a year, she added. According to Randazzo, two and half years of public operation had demonstrated that the state could be ‘a better administrator’ than the private sector, ‘saving an enormous amount of money that today is paid to the companies responsible for operations’.