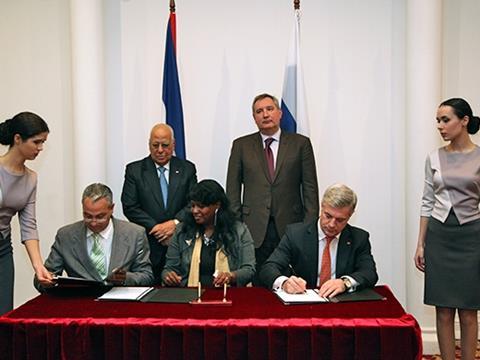 CUBA: The UVZ-Logistik subsidiary of Russia’s Uralvagonzavod is to establish a transport logistics joint venture in Cuba, in partnership with Cuban metallurgy and engineering firm GESIME and national operator Unión Ferrocarriles de Cuba.

Under an agreement signed at the 13th Russian-Cuban Intergovernmental Commission on Trade in Kazan, the joint venture will modernise and re-equip the Planta Mecánica forging and fabrication factory near Santa Clara in order to build and maintain freight wagons for the national railway.

Currently employing around 700 staff, the GESIME factory provides machine tools and fabrication services to Cuba’s sugar industry and local steel mills, as well as manufacturing equipment for export. However, concerns had been growing for the plant’s future following a decline in its established customer base.

According to UVZ-Logistik CEO Dmitry Eremeev, the joint venture is due to be operational by the end of this year. The project is being funded through an investment package valued at around €25m, which will include financing from Russian banks and the Export Insurance Agency of Russia; this should all be in place by 2016.