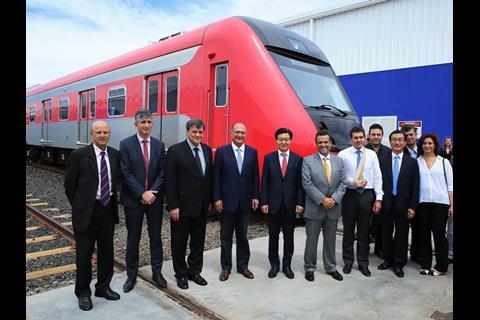 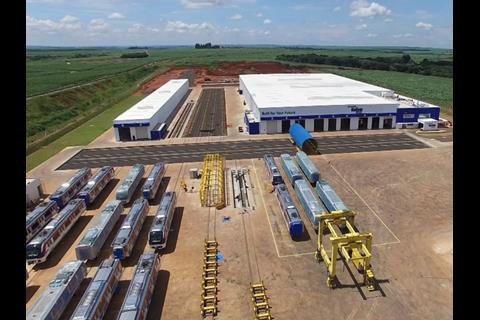 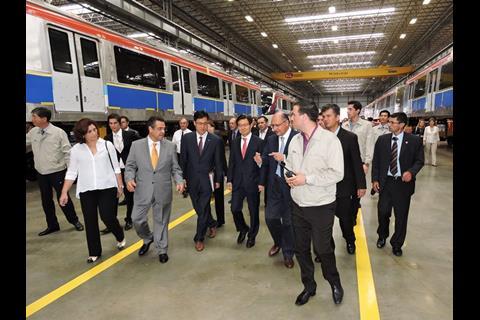 BRAZIL: A ceremony marking the completion of Hyundai Rotem’s rolling stock assembly plant at Araraquara in São Paulo state was held on March 30, almost exactly one year after the laying of the foundation stone.

The 150 000 m2 site is Hyundai Rotem’s third factory outside Korea, augmenting plants in the USA and Turkey. It will produce 30 eight-car electric multiple-units which São Paulo suburban operator CPTM ordered in 2013 at a cost of R$788m, as well as 112 metro cars for Salvador. These orders require 60% local content.

Investment agency Investe São Paulo is providing R$99m to support the construction of the factory, which is expected to employ 300 people.

As well as Brazil, Hyundai Rotem is targeting other Latin American markets, including Chile, Colombia and Peru.