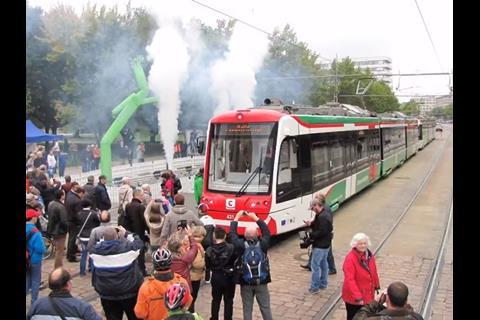 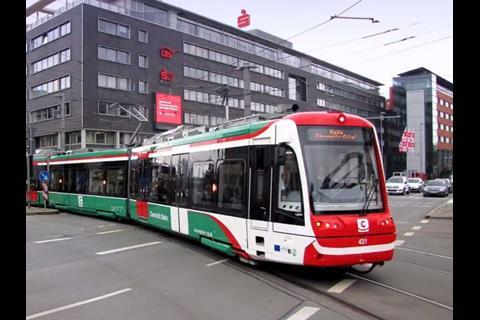 GERMANY: Stage 1 of the Chemnitzer Modell was inaugurated on October 10 when tram-train services began running between Chemnitz and the regional centres of Burgstädt, Mittweida and Hainichen to the northeast.

A connection between the tram and rail networks at Chemnitz Hauptbahnhof was completed in mid-2014, enabling the through running of tram-trains. This forms part of a project to link tram and heavy rail networks in the region. Following the start of tram-train operations between Chemnitz and Stollberg to the south in 2002 (Stage 0), four further stages of network development are envisaged: