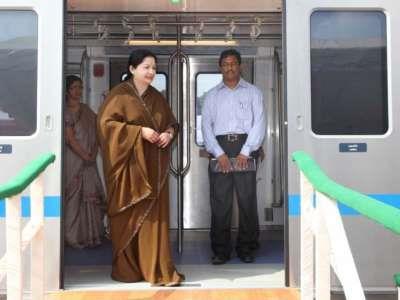 The train has been imported from Alstom’s São Paulo factory. Of the 42 air-conditioned trainsets, nine are being built in São Paulo and the rest will be manufactured in Andhra Pradesh.

The four-car trains would have 176 seats and capacity for 1 100 standing passengers in two classes, and could be extended to six cars in the future. Top speed would be 80 km/h.

Two standard-gauge lines are being built in Chennai. Line 1 runs 23·1 km from Washermanpet to the airport, and the 21 km Line 2 from Chennai Central to St Thomas Mount. Line 2 is scheduled to open in mid-2014.

Of the Rs146bn total cost, JICA is providing an Rs86·5bn loan, with the remainder coming from the national and Tamil Nadu governments.