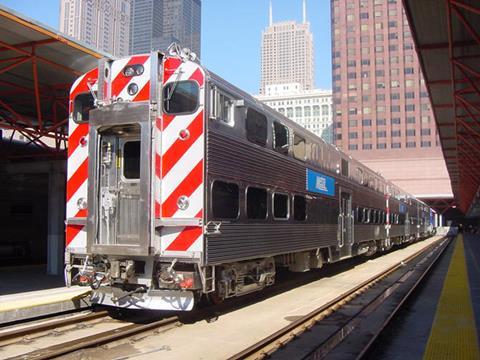 ‘Folks may love nostalgia, but it makes a powerful statement when our oldest cars date from the Eisenhower administration’, said Metra Board Chairman Martin Oberman, adding that ‘the majority of our rail cars are older than the majority of our daily commuters.’

Also included is $20m for improvements to the 49th Street workshops, which would allow work to be undertaken on 60 coaches per year rather than 40 currently.

The modernisation plan also allocates $275m for the installation of Positive Train Control, in line with federal requirements, in addition to the $133m that Metra has already set aside for this.