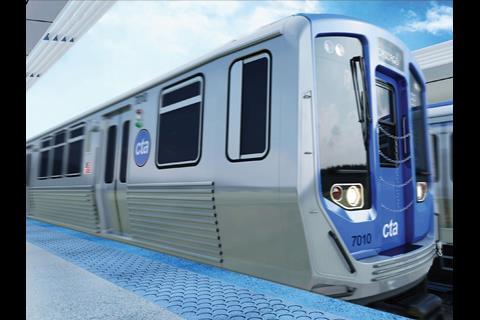 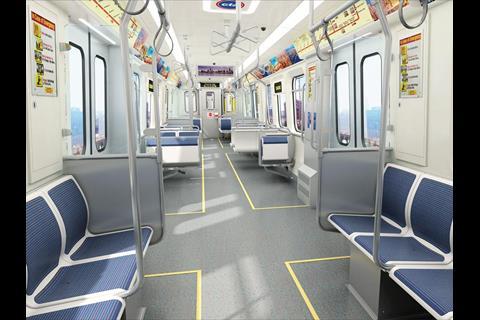 USA: The Chicago Transit Board awarded lowest bidder CSR Sifang America JV a contract on March 9 to supply its next generation of metro cars. The base order is for 400 of the 7000 Series cars, with options which could take the total build to 846 vehicles worth US$1·309bn.

Chicago Transit Authority said the cars would resemble the 5000 Series vehicles, with stainless steel bodies, LED lighting and information displays and AC traction equipment. Following passenger feedback, they will have of mix a mix of forward-facing and aisle-facing seats, ‘designed to ensure customer comfort while maximising passenger flow and capacity’.

Prototype cars are expected to be completed for testing in 2019, ahead of entry into service in 2020. The 7000 Series will replace the oldest cars in the CTA fleet, some of which are more than 30 years old; this is expected to reduce maintenance costs and energy costs by $7m/year.

Bidders had been asked to outline their recruitment and training plans and detail the number and type of jobs they would create. CSR Sifang America has committed to assemble the cars at a new plant in Chicago, which represents an investment of $40m and is expected to generate 170 jobs.

‘It has been over 30 years since the last rail car rolled off the Pullman assembly line on Chicago’s Southside,’ said Chicago Federation of Labor President Jorge Ramirez. ‘Today’s announcement is the culmination of nearly two years of collaboration with Mayor Emanuel to bring rail car manufacturing back to Chicago where it belongs. We commend the CTA for including the US Employment Plan in this bid process.’

‘Providing modern trains and buses is a critical part of having a world-class transit system’, said CTA President Dorval R Carter Jr. ‘This rail car purchase, the largest in CTA history, will give CTA one of the newest fleets in the United States and provide our customers with state-of-the-art trains providing comfortable, reliable rides.’