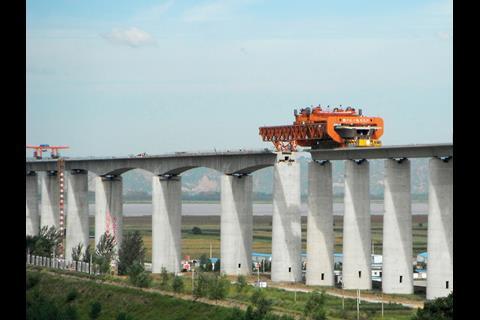 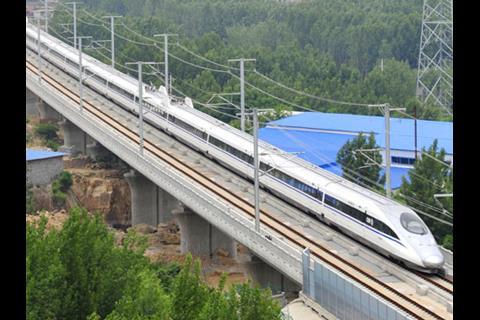 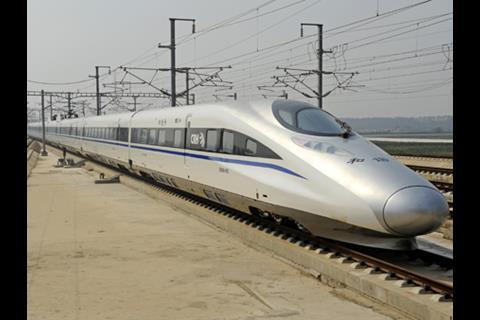 CHINA: Economies of scale accrued through standardisation of construction processes are among the key factors in China’s ability to build high speed railways more cheaply than other countries, a World Bank study has suggested.

The World Bank’s paper, entitled High Speed Railways in China: A Look at Construction Costs, suggests that a typical infrastructure unit cost of US$17m to US$21m per kilometre for a line designed for 350 km/h operation compares to US$25m to US$39m in Europe.

A number of factors influence the cost of projects, including ‘topography, weather conditions, land acquisition costs, use of viaducts instead of embankments, the construction of major bridges across wide rivers, and the construction of mega stations’. The study focuses particularly on the use of highly-modular tracklaying and viaduct construction techniques in China, which are often used as an alternative to embankments. The mechanised casting and laying of bridge beams is seen as a particular advantage in reducing construction costs. However, the study also notes that most lines include a small number of very long viaducts, often totalling many kilometres in length to cross wide navigable rivers, and these have a much higher unit cost.

Stations typically require around 40m yuan in capital expenditure and account for just 1% to 1·5% of total project cost, although the biggest hubs in major cities can cost up to 13bn yuan and are normally managed as independent projects in their own right. This reflects the stations’ role not just as transport facilities but as urban centres, the World Bank says.

‘China has accomplished a remarkable feat in building over 10 000 route-km of high speed railway in a period of six to seven years at a unit cost that is lower than the cost of similar projects in other countries’, said Gerald Ollivier, Senior Transport at the World Bank. ‘Besides the lower cost of labour in China, one possible reason for this is the large scale of the network planned. This has allowed the standardisation of the design of construction elements, competitive capacity for the manufacture of equipment and construction and the amortisation of the capital cost of equipment over a number of projects.’