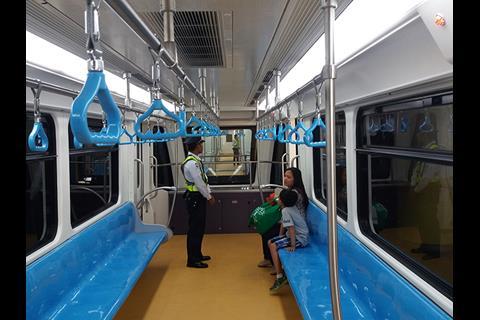 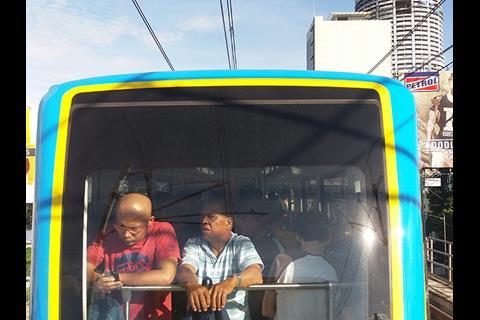 PHILIPPINES: The first Chinese-built light rail vehicles for MRT Line 3 in Manila entered service on May 7 after several months of testing and final fit-out.

The Department of Transport & Communications placed an order for 48 twin-section LRVs worth 3·8bn pesos with CRRC, and the first pre-series trainset arrived in Manila in August last year, since when it has been undergoing static tests and 5 000 km of trial running. The cars are being built by CRRC’s Dalian Locomotive & Rolling Stock Co subsidiary, and all are due to arrive in the Philippines by the end of 2017.

MRT Line 3 is 16·5 km long, running along EDSA Boulevard from EDSA/Pasay to Quezon North. The new vehicles form part of DOTC’s MRT-3 Capacity Extension Project, which is being undertaken with the goal of increasing the line’s throughput from 350 000 passengers/day to 800 000 passengers/day.

The LRVs have variable voltage, variable frequency AC traction motors supplied by Voith and Knorr-Bremse brakes. The trains are powered by a 750 V DC overhead supply; initially planned to run in three-car formations, four-car trains are envisaged once the power supply has been reinforced.