City to take over suburban rail operations in Cape Town 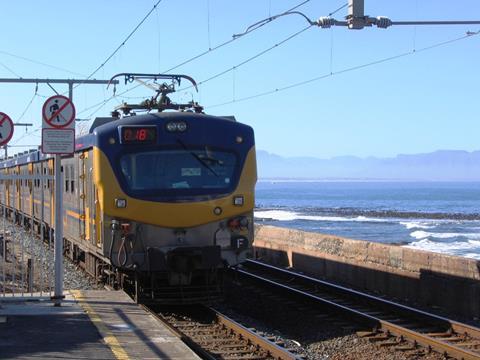 SOUTH AFRICA: The City of Cape Town is planning to take over the operation of local commuter rail services from Passenger Rail Agency of South Africa, and has received four bids for a contract to provide consultancy services for the project.

The team is expected to have experience in railway operations and engineering, as well as business re-engineering and development, track and structures, rolling stock, signalling, concessions, electrical systems and stations.

The consultants will initially evaluate options, including whether operations should be transferred wholly or partly to the city. Financial and other risks will also be assessed, along with proposals for obtaining resources, including personnel and other assets. Once the city council approves the initial phase, a detailed business plan for the transfer will be drawn up.

The state-owned PRASA currently operates suburban rail services on electrified routes serving Cape Town through its Metrorail Western Cape business unit. In recent years there has been a surge in crime and anti-social behaviour on the network, as well as internal troubles at PRASA. The aim of the transfer to the city would therefore be to ‘restore commuters’ faith in passenger rail, as it should be the backbone of public transport in Cape Town’, according to Felicity Purchase, Member for Transport & Urban Development on Cape Town’s Mayoral Committee.

Purchase said that the transfer ‘will have long-term implications for residents and commuters’, and ‘will affect our long-term spatial planning and our local economy’.