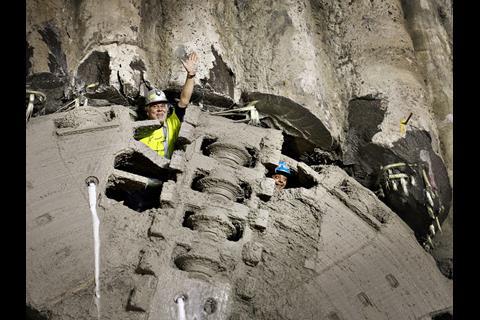 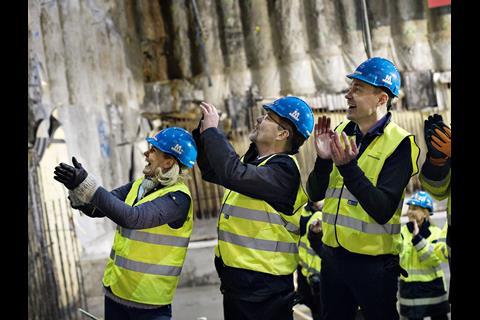 DENMARK: Tunnel boring machines Eva and Minerva broke through the Cityringen metro tunnels being bored beneath København Hovedbanegård station on January 29, watched by the Prime Minister, Transport Minister and Mayor.

Civil works for the 15·5 km circular Cityringen automated metro line with 17 stations are being undertaken by the Copenhagen Metro Team consortium of Salini-Impregilo, SELI and Tecnimont. The line will run entirely in twin-bore tunnels, which are being constructed using four Kawasaki/SELI 5·78 m diameter earth pressure balance TBMs.

It is expected that the Hovedbanegård interchange between main line and local rail services and the future metro line will overtake Nørreport as Denmark's busiest station when the Cityringen opens in mid-2019. Metro usage is predicted to increase from 40 million to 88 million passengers/year, and six of the 10 busiest stations in Denmark will then be metro stations.