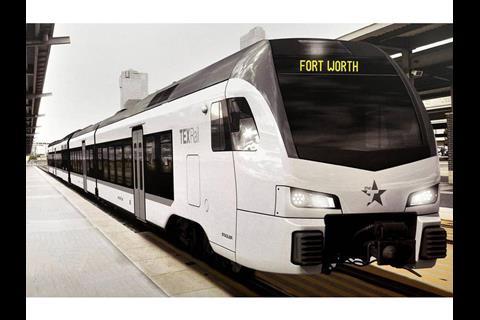 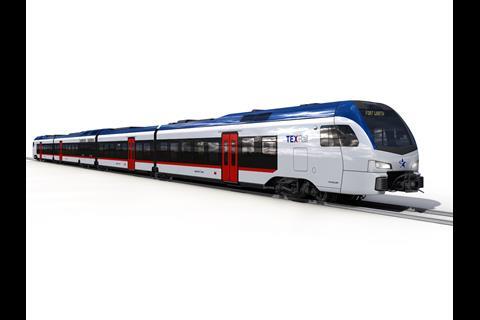 USA: TEX Rail commuter rail services are to serve two stations within the boundary of Dallas-Fort Worth airport under an agreement between the airport and Fort Worth Transportation Authority reached on June 30.

DFW airport is already served from the east by the DART light rail network serving central Dallas and its suburbs. TEX Rail would connect the airport to Fort Worth in the west, running over a 43 km route serving eight intermediate stations to reach the existing Intermodal Transportation Center in central Fort Worth, which is already used by TRE-branded commuter rail trains.

With the exception of the branch from the DFW airport perimeter to a station within Terminal B, TEX Rail will operate over existing tracks. The airport is to fund and build the Terminal B terminus within a budget of $40m, while a second station at Airport North will be funded by FWTA, which is developing the TEX Rail project. A walkway is to connect the TEX Rail and DART stations.

Infrastructure works to build the new stations on the TEX Rail route are set to begin later this summer, with the airport terminus construction also planned to start before the end of the year. The total TEX Rail investment is expected to be around $1bn; this includes the procurement of eight Stadler Flirt3 DMUs which are to be assembled un the USA using bodyshells shipped from Stadler’s Bussnang works in Switzerland.