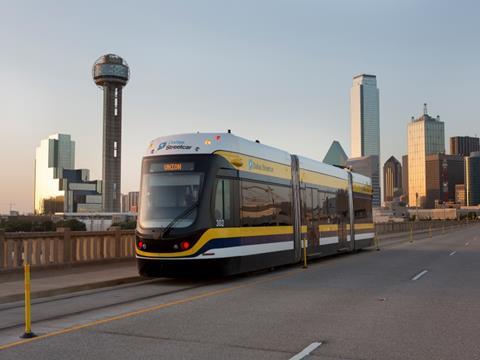 To be delivered in mid-2016, these will provide the extra capacity needed for the opening of the second phase of the streetcar line to Bishop Arts District.

In February 2013 DART placed a $9·4m firm order with Brookville for two vehicles, including options for two more. The 70% low-floor vehicles are equipped with two batteries to allow off-wire operation.

The first phase of the Dallas Streetcar was officially opened on April 13. The 2·6 km standard gauge route links Oak Cliff in the southwest of the city with Union Station. The line is owned by the City of Dallas and services are operated by DART.