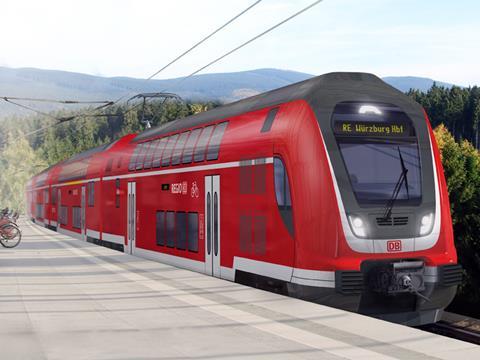 The three four-car and 15 six-car Twindexx Vario EMUs will have a maximum speed of 160 km/h. They are scheduled to enter traffic from December 2016 on Augsburg - Treuchtlingen - Nürnberg and Treuchtlingen - Ingolstadt - München services.

DB has now ordered a total of 392 double-deck EMU cars under a framework agreement with Bombardier which was signed in 2008.