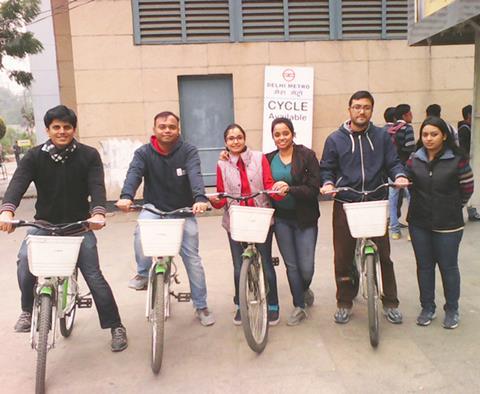 INDIA: Delhi Metro Rail Corp and partner Greenolution announced the launch of an expanded version of their Public Bicycle Sharing scheme on January 8. The aim is provide ‘first mile’ and ‘last mile’ connectivity for journey origin and destination points which are too far from metro stations to be walkable.

PBS is being rolled out at an initial seven stations, building on a cycle hire scheme which has been in place at Vishwavidyalya station since 2007.

Pre-registered commuters will be able to hire bicycles from self-service stands in residential areas, cycle to the nearest metro station where the bike is returned to another stand, travel by metro, and then hire a second bicycle to reach their destination. Payment is by smart card, and travel updates and details of charges are provided by SMS and e-mail.