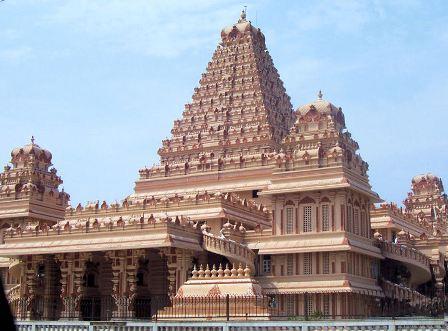 INDIA: An intermediate station at Chhatarpur on the southern section of Delhi metro Line 2 opened on August 26. The station serves visitors to Chhatarpur temple as well as local residents.

The HUDA – Qutab Minar section of Line 2 entered service on June 21 but Chhatarpur was delayed as DMRC only acquired the station site in October 2009. Chhatarpur has a 10 000 m2 car park, the largest at any metro station in Delhi.

The 12·5 km route between Central Secretariat and Qutab Minar with nine stations still has to obtain safety clearance before it can open in September. Other lines also due to enter service in time for the Commonwealth Games in October include the Blue Line 3 extension to Dwarka, Line 6 from Central Secretariat to Badarpur and the Delhi Airport Metro Express.

* Rapid MetroRail Gurgaon Ltd has started work on the 6·1 km privately-funded metro line from Sikandarpur station on Line 2 to Gurgaon. Completion is envisaged in January 2013.