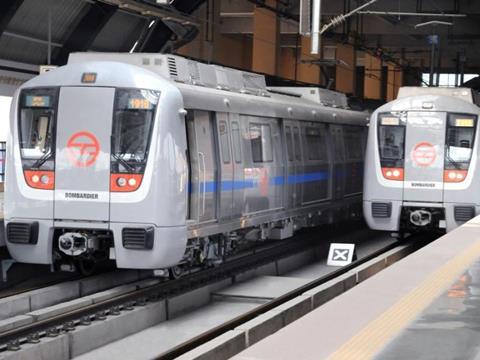 The cars are to be manufactured at Bombardier’s Savli and Vadodara plants, as part of the government’s ‘Make in India’ programme to promote local manufacturing. Deliveries are due to begin in the third quarter of 2016 and run until early 2018. The vehicles will augment the existing fleet of 614 Movia cars.

Initially due to be formed into six-car sets with capacity for 1 740 passengers, future eight-car formations would carry 2 400 passengers. The cars are to be fitted with Bombardier’s Mitrac traction equipment and Flexx Metro 3000 bogies.