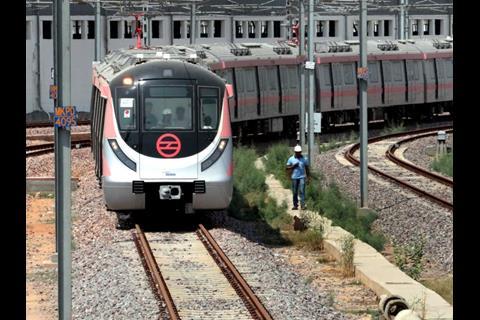 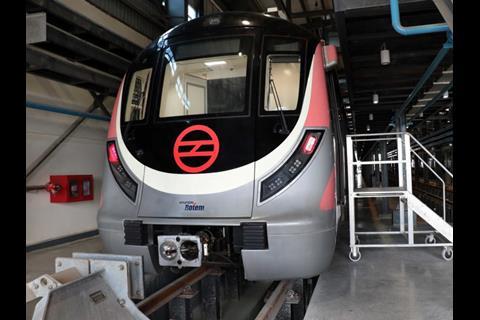 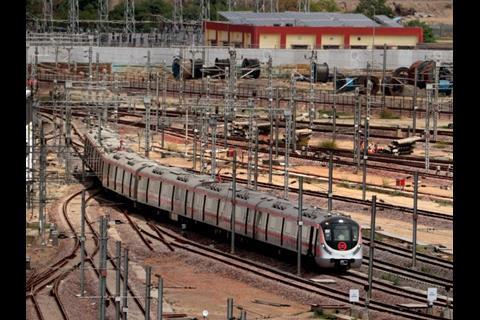 INDIA: An official presentation saw the ceremonial flagging off of a test train on Delhi metro Line 7 on May 17 by Minister for Urban Development Venkaiah Naidu and Delhi Chief Minister Arvind Kejriwal. The train travelled from Mukundpur depot at the northern end of the line to Majlis Park station.

The trains are equipped for driverless operation, but have been built with removable cabs, as they are to be operated initially in attended mode. Communications-based train control is due to be rolled out along the line in stages, enabling a future changeover to UTO. The trains are fitted with deflectors that can push away small obstructions on the track.

Each trainset is formed of four motor and two trailer cars. According to DMRC, they are capable of faster acceleration and have more efficient regenerative braking than the existing metro fleet. The cars are 3 200 mm wide, with 1 120 mm wide gangways. They are equipped with wi-fi, dynamic route maps, passenger information screens, USB sockets and LED lighting that adjusts automatically based on ambient light conditions.

Line 7, also known as the Pink Line, will form a 58·4 km U-shaped route from Mukundpur to Shiv Vihar. Along with Line 8, it is being built as part of the metro’s Phase III expansion programme.