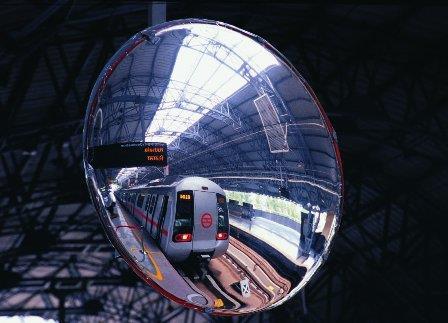 INDIA: The national government has approved plans to develop regional express rail links connecting Delhi with three satellite towns in the National Capital Region. Meeting on July 11, the cabinet approved the setting up of the NCR Transport Corp to develop the Rapid Rail Transit System at an estimated cost of Rs780bn. The central government would pay half of the Rs1bn initial seed funding, and Delhi, Haryana, Uttar Pradesh and Rajasthan will share the rest between them.

NCRTC is to be set up within two months with a mandate to design, develop, finance, build and operate the RRTS network, which has been under discussion since 2010. New broad-gauge tracks would be laid to connect Delhi with up to 16 towns in the three neighbouring states, reaching further out than the capital’s rapidly-expanding metro network. The new lines would mainly run underground in Delhi, but elsewhere they would be elevated or at ground level.

The first phase is now expected to be operational in 2017. This would include three routes, halving the current journey times to Meerut, Alwar and Panipat. The 90 km northeastern line serving Meerut in Uttar Pradesh and the 109 km route running north to Panipat in Haryana would offer journey times of just over 1 h. The 188 km southern line between Delhi and the Rajasthan city of Alwar would be covered in just under 2 h. Up to five more routes are envisaged in the second phase.

Initially, six-car air-conditioned trainsets would serve the three routes, with provision to extend them to nine-car formations as traffic develops. Multimodal stations in Delhi would provide interchange with the metro, and feeder services would be provided to connect with trains at the outer stations.