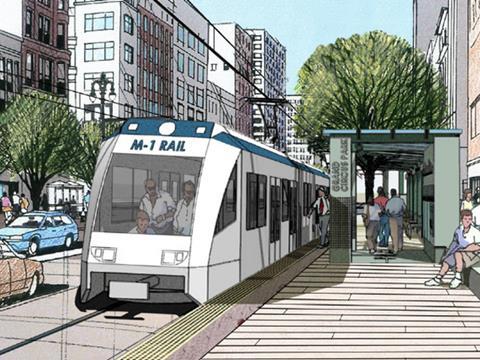 The cost of construction is estimated at between $135m and $145m. In January the then Transportation Secretary Ray LaHood announced a $25m Tiger grant for the project.

Groundbreaking is scheduled in the next few months, with opening due in late 2015. M-1 Rail Corp has said catenary-free operation is being considered.